Let me start by apologising! It has been a while I know! I have been so rubbish at posting and to be honest I had a few things (aside from a dead laptop) that just got in the way – mainly getting married!!

My new husband Steve and I married in a lovely villa just outside Rome (Villa Pallazola) in May and only just settled back to normal after first the prep, then the wedding and then the party back home. It was more like a wedding month than weekend!

Anyway, I thought I would share some details and a few photos of our big day before my posts get back to the topic they are supposed to be about! Pearls pearls pearls!

This was the beautiful view from our venue overlooking Lake Albano and Rome in the distance.

The Villa is an old monastery about 20 minutes from Rome and has a chapel inside the venue as well as plenty of room to accommodate up to 70 guests. This meant that us and all the guests could stay together and didn’t have to worry about transport once we were all there. We had exclusive use of the villa from after lunch on the Friday to breakfast on Monday. 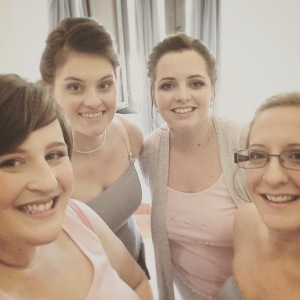 These are my gorgeous bridesmaids ❤ 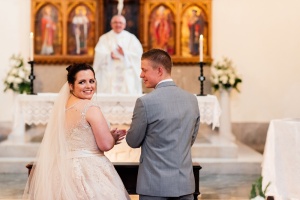 The weather stayed fine and we were able to have our wedding breakfast and the party afterwards outside on the terrace overlooking the lake. 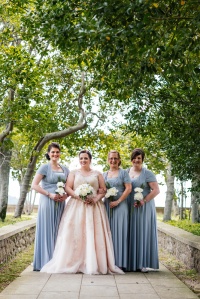 We were also lucky enough to meet the Pope in Rome after the wedding! AMAZING!!

This is something that not many people have heard about but anyone can meed the Pope so long as they have been married less than 2 months and had a Catholic wedding. Our lovely wedding planner applied for the tickets for us and they were confirmed 2 weeks before the wedding (depending on the Pope’s schedual they can’t be confirmed until close to the date)

There were maybe 30 other couples and only a handful that spoke English, many were from Italy.

They had us line up on the steps of the basilica and the Pope made his way down the line greeting each couple in turn. We were nervous as there had been no direction as to how to greet the Pope and other people we hugging and kissing him! We chose to stick to the more formal genreflecting and kissing his ring since we knew he didn’t speak much English. We introduced ourselves and he said “Please pray for me”. He came across as a lovely, down to earth man, he held our hands and looked us in the eye as we were taking. He never looked down the line to see how many more he had or looked tired of meeting people. It was an honor to meet him! 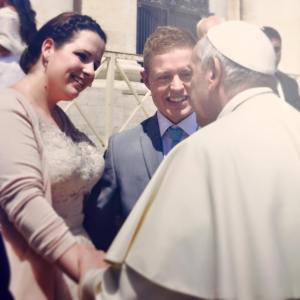 The venue was amazing, the staff so helpful and we couldn’t have asked for better http://www.palazzola.it/

Our photographer Aaron came with us from the UK and spent the weekend with the family as one of the guests. We love our photos, we love him, can’t recommend him enough http://www.aaroncollettphotography.co.uk/

My dress was by Allure and from Courtyard Bridal in Kettering – loved the whole experience http://www.courtyardbridalwear.com/